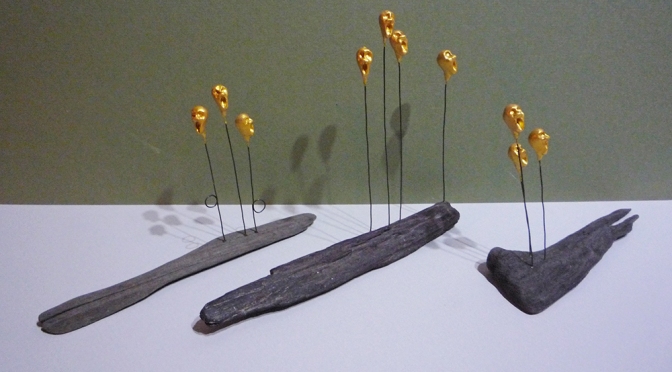 Compassion with a strong and gender divinity, our Lord Ganesha, for that we all make mistakes. Actually a tribute to our great Lord Shiva, the father of destruction!

Hinduism seems to be one of the most complex religions there is. But in fact it`s not.

There might be over a million Deities existing in all, and to at least a dozen of them Hindus pray regularly. There is a particular God or Goddess for every occasion to worship. But, no matter how deep you want to dig into Hinduism or not, the basic thought, of the order of the world and all energy existing in it, is really simple.

In Hindu belief, there are three main powers, characterized through the three mightiest Gods: Brahma, who stands for creation, Vishnu, who is responsible for preservation and Shiva, who brings destruction. These three powers keep the world and all its beings moving and in order. Creativity, continuity and change. Birth, life and death. Not one could exist without the other.

Now, there are still many other Gods. Like there are many other important things in life, apart from creation, preservation and destruction. Things like health, wealth, loyalty, fertility. So there is basically a single God for everything humans could wish for. A single God, people can pray to when they feel they need to.

One of the most popular ones is Lord Ganesha. Ganesha is said to be the “Remover of obstacles” and also called the “God of wisdom”. He is prayed to at the beginning of a journey, for clearing the way of all problems.

Not as much known as Lord Ganesha himself is the fact, that he actually is the son of Shiva – the God of destruction. This is the story of a desperate father using his son to destroy mankind.

Ganesha on another mission

Lord Ganesha, the great and wise Remover of obstacles, the God of wisdom, was once on the beginning of another journey. He had spent much of the last time dealing with small tasks and had lost the overview about what was happening down there. It was time he paid another personal visit to mankind, to find out about their problems and helping to solve them.

Unexpectedly, this time he found many people unhappy and unsatisfied. Almost everyone was wining for something “more” they wanted to have and they were complaining about “so many things, which stand in the way”. Lord Ganesha was highly alarmed. That was him needed! But he was also overwhelmed by so much unhappiness he had never seen before. He didn`t have a clue, where to start and how to help them. Because this time, the problems of the people didn`t seem to be real and fightable. All the unhappiness Ganesha found lay in a haze of mysterious gloom. He was idealess. He sighed and sat down on a blanket on the floor.

Ganesha getting to know the Smartphone

Suddenly, he spotted some people walking down the road with a mysterious black tool in their hands – some holding it to their ear, some holding it in front of them, staring at it. He looked around and saw even more people carrying these strange objects. The people were walking, talking and laughing, attention-caught with these things, as if they were friends. Ganesha didn`t understand. So he asked someone.

„Excuse me, Sir. What are these mysterious things everyone is walking around with?“ The man didn`t look up from the tool in his hand at first, but when he finally did and recognized the Elephant`s head, he was excited that Lord Ganesha was speaking to him and replied „It`s a smartphone, oh great Lord. The best thing in the world!” Ganesha still didn`t understand. So he asked “But what are people actually doing with it? And why does everyone seem so keen on them?” Now the man realized, that Ganesha had never seen a Smartphone before. So he replied:

“Smartphones, oh great Lord, are the most useful tools of the modern world! People can solve every problem with them. You can talk or message to whoever you like, from everywhere. You can order whatever you want from wherever you are. You can picture everything you do and show it to anyone. You can share your whole life with all the people in the world, and you can find the whole world and all answers to any question in it…. Plus, you always got all your appointments neatly in order. I can tell you, it`s a hell of a great tool!”.

Ganesha was thrilled. His eyes began to sparkle. He smelled, this tool could be the clue to solve everyone`s problems and remove everyone`s obstacles in a much more efficient way. So he was sure he needed a Smartphone himself right away. “Where can I get one like this?” he asked the man. “Oh Lord, please, I would be honored if you allowed me to give you mine as a present.” Ganesha smiled and felt happy like a child on Christmas Day. Another man had witnessed the conversation and came offering his Smartphone as well. “Please Lord, take mine, too!”, “Yea, and mine!” shouted a third person, „And mine!“ yelled a fourth…. Ganesha took all of them excitedly, thanked the kind people and went straight to work.

He started making phone calls, messaging around and searching the whole internet to find solutions for the people`s sorrows. He was very busy, night and day. He compared information and offers, made calls, searched, he gave his best. But somehow, not a single problem wanted to get solved, despite all the work he did. He started to get worried and desperate.

What the great, wise Lord Ganesha didn`t know was, that he didn`t come on this mission by accident. His father, the great, mighty Lord Shiva, had sent him, because he was angry. A while ago, people had started always wanting more of everything and therefore people had begun to dangerously exploit the nature. The prices for food and products of life were falling, because no one wanted to pay decent money anymore. So they produced more and more of everything and exported more and more of it, but the prices kept falling. And the greed increased. So did the unhappiness.

For all that, people had taken so much water from the holy river Ganga, that there was almost no water left for Shiva to reign and play with. Shiva was seriously pissed. He was furious with mankind, because they always claimed everything for themselves. So he made an evil plan to destroy them. But none of these boring, upfront destruction scenarios that were known already – like floods, earthquakes and so on. Oh no! This time he was really angry. So, his plan needed to be subtle and the most evil ever.

What he came up with, was genius. He decided not to attack the humans directly, but manipulate their souls and destroy them from the inside. His plan was, to silently destroy the humanity within and among men, so they would slowly destroy themselves.

Getting Ganesha out of the way

But there was Shiva`s son, the great and gender Lord Ganesha, who surely – sooner or later – would discover the Smartphones being an obstacle to people. Shiva couldn`t let his good-hearted son interfere with his plan! So he kept Ganesha busy for a while with small but frequent tasks and he hid the Smartphone phenomenon from him until it was time again for Ganesha to visit mankind on another mission of removing obstacles and solving problems. But the misery among the people was already so widely spread, that Ganesha didn`t know where to start helping them. In that very moment, Shiva let the first Smartphone cross his son`s way.

Ganesha loved it immediately and started using it, because he did`t know this tool. He had not seen yet what it did to the people and had never been disappointed by its promises. Also, the people had told him it was the most useful thing in the world. So Ganesha started to love Smartphones, just like everyone else. But soon he got addicted to them, and trapped.

Now Ganesha was so busy using his Smartphones for all the problems to get solved, he suddenly couldn`t solve a single one of them anymore! There were more and more troubles, problems and obstacles among the humans and even the Great Lord Ganesha couldn`t remove them. And because the people saw Ganesha using his Smartphones all the time, they were even more convinced it was a good and useful tool to have. Everyone, without a Smartphone before, got one now. Everyone, including Ganesha, got entirely addicted and absorbed in using Smartphones. Everyone now tried to always be efficient, to always do and solve things. And the troubles and problems of the people grew and grew.

Humans started fighting. Humans stopped talking to each other. Humans stopped sharing things of their real lives, because they were so busy sharing all kinds of things on the internet already. Everything they had, they wanted for themselves. And they never seemed to feel they had enough of anything. People got egoistic. People always had no time. And especially, they never had time to simply be happy. As the time passed, the human race slowly developed into a species of emotionless egomaniacs, with brains only still responding to the orders of their black little tools.

Shiva watched the scenario with pure pleasure. He sat back in his dry bed of the Ganga River and grinned his most evil grin. His plan had worked perfectly! He laughed, a loud evil laughter, which should shiver the whole Himalaya for centuries. 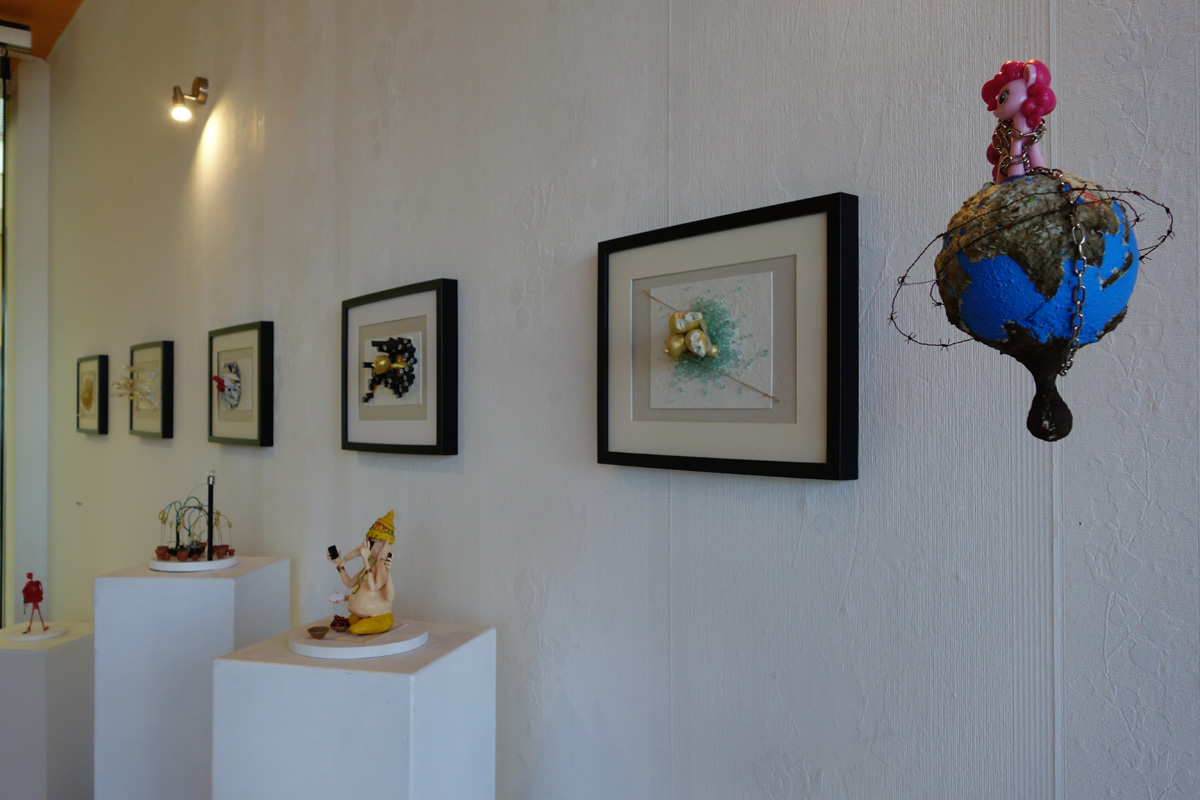