If the word urban was created for one place it’s Hong Kong. I found HKK scary, fascinating and incomparable. As it was our first touch with the chinese culture that already was overwhelming. But that city is like a huge chinese city and a bustling London at the same time. There are only skyscrapers (and I mean real ones, not only high buildings!), one next to the other – a gigantic city built so high above and so deep under the ground because it can’t grow far to the outskirts so it has to grow within itself. Through deep canyons of glass facades chic people were rushing, often their faces so focused on their smartphones they ran into each other. And all around them there was always wafting the thick smoke of tasteful smelling barbecued meat from tiny street stalls.

Like always we didn’t plan our stay. But this time it was decided for us due to credit card issues. We were forced to stay and wait. Longer than we thought. Now Hong Kong is incredibly expensive in comparison to every other place we had been before and in relation to our budget. We tried staying in the second cheapest hostel in town (seriously don’t try the cheapest…) the Dragon Hostel on Argyle Street, Mong Kok which is a cool and really friendly place but still it’s 15 Euro for a crappy dorm bed… Fortunately there is a free campside on one of the islands belonging to HKK, Lantau island, located at the beach (Pui O Beach) with cleaning facilities and a cheap boat into town. So we moved there and waited. We ate at McDonalds every day in Mui Wo because the Big Mac menue was the only affordable thing to eat (2,10 Euro), we fought thousands of mosquitos and sometimes felt really shitty and trapped sitting in our tent while it was raining heavily. 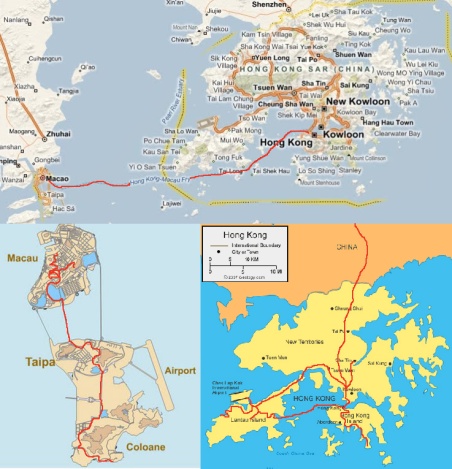 We decided to hop over to Macau (just a couple of hours away by ferry), the other politically “special” island and ex-colony. But here everything was suddenly a strange mix of two languages we didn’t understand! Portuguese and Chinese signs led the way so we went wrong often. We also stayed on a free campsite – Hac Sa beach on the Coloane island where most of the casinos are. And that’s what we did between the rainy hours in the tent, where we met our neighbour and great friend Alek for the first time: Going to the casinos. The incredible rich and glittery fake-world of Macau Casinos. I was really impressed. We played a Poker Stars tournament (I somehow managed to create an at least “almost appropriate” outfit for a casino visit from my backpacker wadrobe) and Philipp even was placed first! But after a week and when the money was gone we returned to good old Hong Kong – still nothing from the credit card that should have arrived by then.

Our friend Alek was secretly living hidden in the bushes at a tiny beach then. South bay beach on Hong Kong island. We stayed with him a couple of days but it was very exhausting. We had to change sleeping places every day and be creative every night because camping was – obviously – forbidden here. One night we slept on the beach, the next day we put up our tent at the beach after dark (because the mosquitos were killing us despite all the useless repellant) but were kicked out early in the morning. We slept next to Alek in the bushes but the heat there at night was unbearable. After a week in which I often strolled around Wan Chai (great!), Soho and The Peak we decided it was time to leave with or without the credit card for mainland China. First stop: Guangzhou! Or first “proper” chinese city.

Luckyly we got a call one day after we had left HKK that the credit card had arrived and that it was no problem that they sent it to Guangzhou where we could fetch it some days later! 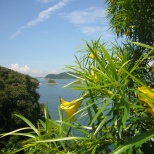 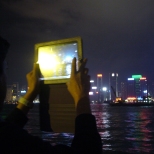 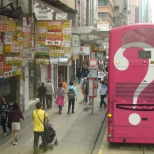 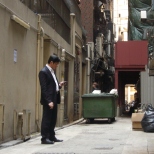 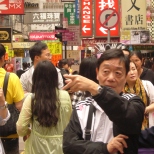 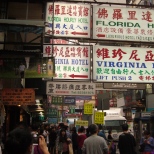 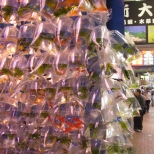 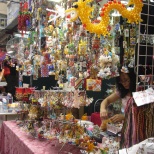 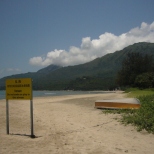 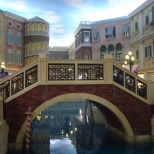 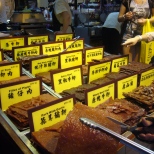