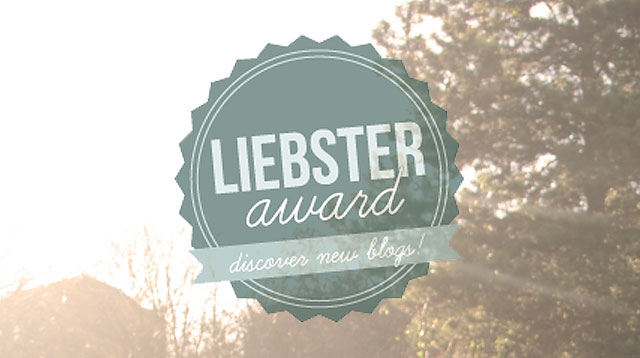 The team of the great surf- and travelblog saltinmyhair was so kind to nominate me for the Liebster Award (“favourite blog award”). Thanks a lot! With that, they asked my 11 questions which I am going to answer in a minute. But what is the Liebster Award actually and how does it work?

The Liebster Award is passed forward from blog to blog for the reason of connecting and getting to know new blogs. Great thing! 11 questions are asked and after having answered them, the award is passed on again to different new blogs with new questions.

So these are the questions I got and my answers:

1. What drives you forward?  My natural curiosity to see places I couldn’t dream of to be real and to meet people whose lifestyle I couldn’t imagine before. My longing to feel, what I have never felt before, to be surprised and challenged in my mind by things that are far apart from the “norms” I know.

2.  What is your favourite post?  It’s China – a parallel universe. After many strange feelings for this fascinating country and not knowing how to define the reasons for it I finally managed satisfyingly to get it black on white. I like it to have some founded (political) criticism – or at least reflection – in posts, which is not often with me but worked quite well with China.

3. At which spot on earth did you think “this is paradise?”  It’s hard to admit (because I wasn’t totally convinced from Thailand as travel-destination and we disliked the existing tourist-patterns for everything) but it was on a small Thai island on the west coast, named Koh Phayam. Palms, fine sand beaches, warm crystal-clear water, colorful jungle bursting with life, very few people and a hut next to a beach bar with fresh-fruit-yoghurt, Phad Thai, beer and a kayak rental! It was a place where everything was given to feel comfy and not to worry about anything.

4. Which languages do you speak?  Unfortunately my laziness overtakes my motivation when I get to the point in a language, where I can make myself very basically understood and understand the other. I always feel it’s enough when I know the most important nouns, verbs, adjectives, one simple past, simple future and just put it all together.  That’s what it’s like with my Spanish and French. (I am a little more eager on English.) On our trip through Kyrgyzstan I learned a few basic words of Russian and I would like to continue learning it until my personal level of “making myself understood” is reached.

6. What is your treatment against homesickness?  a) If it’s possible: connect with back home. Skype with a friend, post a blog or read facebook posts of friends. Otherwise b) distract myself and get drunk with locals or fellow travellers. c) If alone in the wilderness: Make fun of myself. Sing stupid made-up songs about my feelings in another language flavored with a saxonian accent and record it on cam, look at it and laugh my ass off. Or, always welcome: Make friends with little animals or plants and talk to them.

7. Did you ever get stuck in one place?  Quite often! Mostly because of laziness after exhaustive traveling. I got stuck in Goa for a month because it was just too convenient after two months of Indian hustle-bustle and again in Kashgar, China, for two weeks, almost not leaving the hostel, because of the security, comfort and the laziness after 9 months on the road, just enjoying internet, fellow travellers, story-sharing and no need to rush on and “having” to see new things.

8. What was the weirdest thing you’ve ever eaten on a journey?  It was probably the dog we accidentally had in Yangshuo for breakfast because of the lack of common vocabulary. In China we often just pointed at pictures of meals that looked good. And although the restaurant owner was reassuringly asking whether we really wanted that dish, we were only making an effort to understand what it was about, when the unusually high bill came. Some young passing-by Chinese guys took the time to stop and translate because we were loudly complaining about the price. In the end the surprising answer was ”Well, it is that expensive, because dog is that expensive…” After the meat had already been really disgusting and chewy so we had to leave half of it (what we NEVER do), that information really turned our stomachs.

9. What was your most impressing encounter while travelling?  It’s really hard to tell. Impossible in fact. I remember, letting different faces of people I met slide in front of my eyes, that I very, very often thought: This person – his lifestyle, his story, his responsibility – is so impressive! In a way, most of the encounters left me baffled and in deep thinking.

One of them was surely our friend in Nyaung U, Bagan, Myanmar, whom we met down by the river when the sun was rising beautifully behind thick haze. We shared not a single word of the same language, but he was really patient and generous. Living in a tiny straw-hut with his three children and wife, he let us store our luggage in the hut and promised to take care of it (again: wordless) while we were looking around. After he had fetched us with gestures from the village square for dinner, he and his family were rapidly improvising a pure luxury dinner-set: They were getting chairs and pillows (sitting on the floor or standing themselves), installed a light bulb out of nowhere and provided a reach traditional meal while they were not eating themselves but smiling about our happiness and giving….

Another impressive encounter was our selfless friend Mr. Li in Guangzhou, who lend us bikes and showed us around town for two days, inviting us for dinner, insisting on paying all the bills, and revealing after we had got to known him a little better, that he had another “hidden” child, living with his relatives some hundred miles away, because of the strict one-child-law in China. He showed us a video of his hidden daughter, sighing, because despite he and his wife were working fulltime they couldn’t afford to pay off the government for the second child, which is about 40.000 Euros.

We met many “children” in Kyrgyzstan working as responsible shepherds already, looking after siblings and earning money for the family, having big dreams in their heads. So did many youngsters in India, working hard, selling, making business, being clever and focused and very responsible at a very early age. There were woman with heavy burdens of poverty, responsibility and husbands they didn’t love, sometimes couldn’t even stand but they never complained and never neglected their responsibilities.

And then there is our friend Alek Leka, who is traveling the world on his bicycle since 20 years. Living on nothing, not having a bank account, nor insurance but being one of the happiest and funny and wise guys I’ve met.

10. Where is your “secret spot” in Europe?  In the wilderness of the Scottish Highlands; in its history and mystery. Somewhere between… nah, I wouldn’t tell 🙂

11. Catchword “Eco-tourism”: Do you travel thinking about sustainability?  Sure whenever it’s possible we rather leave kids with a repair-kit for their bike than with a handful of candies. Eco-tourism is a delicate topic. It’s much talked-about and definitely difficult to place oneself in it. When it is possible, we rather take a bus or bike than a plane. But we are no Messiahs – when the duration and expenses of an overland-journey overdo the price of a flight by far, we still take the flight. We always eat at small unknown places, stay in the hidden hostel and don’t necessarily follow the number one recommendations of the lonely planet, so at least we naturally spread the money around community.

For the next Liebster Award I nominate Alek Leka of aroundtheworldnomad, Helen of Helenstakeon, Sara & Matthieu of aveloversl’orient, Thom of ThomsTravelTime and Stefanie of Kurzvordersonne.

And the “rules” for enjoying and getting connected are: